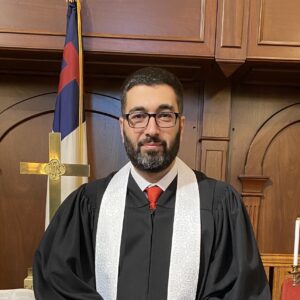 Reverend Joseph Garabedian was born in Beirut, Lebanon but moved to the United States at a young age. From very early on, he gravitated toward academics and serious spiritual discussions.  His first church in the United States was the Armenian Presbyterian Church in Paramus, New Jersey. He would continue to keep in touch with that community after a family move to other Armenian Churches in the North Jersey area. In high school, after discerning a call to ministry at the age of seventeen, he continued with his college education and received his Bachelor of Arts in Middle Eastern Studies from Rutgers University in 2002. After experiencing ministry in other Armenian contexts both in Lebanon and various locations in the United States, he came back to the Armenian Presbyterian Church in Paramus, New Jersey in the summer of 2013. That fall, he began a new spiritual journey as an in-care student of the Armenian Evangelical Union of North America with the goal of pastoral licensure at the end of his studies for his Master of Divinity Degree. He started his degree in the Fall of 2013 at Alliance Theological Seminary in Nyack, New York, and he completed the MDiv. at Gordon-Conwell Theological Seminary in Hamilton, Massachusetts in May of 2016.

A blessed turn of events led to a marriage as of February 2013 to his wife Taline and they have been blessed with a son who was born in July of 2014 named Garo.

Rev. Joseph was ordained by the Armenian Evangelical Union of North America (AEUNA) into pastoral ministry on June 11, 2017 in the presence of fellow AEUNA ministers, family and friends at First Armenian Church in Belmont, Massachusetts, his first pastoral assignment.

In November of 2018, Rev. Joseph answered a new pastoral call from the Armenian Presbyterian Church in Paramus New Jersey, his childhood church, and began serving there as the senior Pastor. In the same year, he was elected to his first term on the board of the Armenian Evangelical Union of North America as chair of the publications committee.

Session (Board of Elders)

Session (Board of Elders)

Learn more about the Elders >

Learn more about the Deacons >

Born in Santa Clara, Cuba, in a Christian home, the son of a Baptist minister. Received his first music instruction from his mother, a church pianist. Graduated from the National School of Music in Havana, upon emigrating to USA, earned a Bachelor degree in music with concentration in piano performance from the Manhattan School of Music in New York City, a Master in Music from Mason Gross School, of Rutgers University, and an Artist Diploma from Montclair State University. Has worked at various churches, and is a choral instructor at the Jersey City Performing Arts High School program with the public schools in that city. His teachers include Arkady Aronov, Susan Starr, Alexander Slobodyanik, Antonious Bittmann, Tatyana Pikayzen, and his biggest mentor, Ina Stepanova. 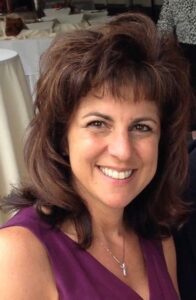 Margaret (Bedrosian) Rassam was born and raised in Dover, Ohio, moving with her family to New Jersey in 1978 when they then became members at APC. Margaret grew up here attending Sunday School, Youth Group and attended AEYF conventions. She met and married her childhood sweetheart Glen Rassam here and raised their three children; Zachary, Lauren and Gregory here. Margaret has worked as the bookkeeper for their family business alongside her husband Glen for the past 20 years. She has followed in the footsteps of her late parents Vahe (Jim) and Grace Bedrosian serving as an active member of the church as: Sunday School teacher, Trustee, Elder and Deacon. She has also served on the Women’s Guild, Missions, Nominating and Pulpit committees. Her knowledge of the history of this church, her Armenian Heritage, and her concern for all of our members has given her a special love for APC as she serves the Lord. She is committed to work with Badveli Joe to assist in the growth of the church and see where the Lord takes APC in the future. 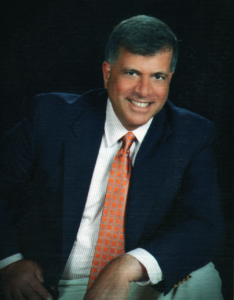 A business owner of Bruno Ravioli Company since the late 70s, Glen is a man with a very hard work ethic. He has been a volunteer fireman in Oradell for 25 years. His mechanical skills made him a vital part of the church renovation involved in every step of the project. Glen has been a life member of APC dating back to West New York. He has a love and devotion to the church and is the ideal facilities manager making sure that everything is taken care of properly to maintain the Lord’s house. A family man who, together with his wife Margaret Rassam, has raised his three children in the church. He has run the kitchen for dinners for over 30 years and has served on both the board of trustees and elders.