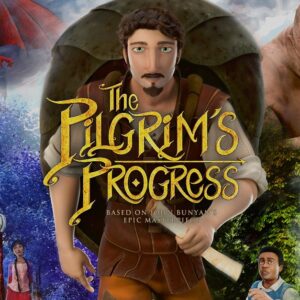 The coronavirus has limited–but not stopped–the ministry of the Armenian Presbyterian Church. The APC Missions Committee even sponsored a movie night on Saturday, October 10th, in the church’s main sanctuary. About 25 people came out (with their masks in place and with socially distanced seating) to view an animated adaptation of the Christian classic Pilgrim’s Progress, first published in 1678.

John Bunyan (1628-1688), the book’s author, was an English Baptist preacher and by trade a tinker (a mender of pots and pans). He spent years in prison because he refused to conform to the teachings of the state Church of England (Anglican Church). He used this time of imprisonment to write at least much of this book.

Pilgrim’s Progress is an allegorical tale of a man named Christian who is warned by a person named Evangelist to depart the City of Destruction and embark on a journey toward the Celestial City of God. He begins the journey with a heavy burden on his back. He enters the King’s Highway (the straight and narrow path) by way of the Wicket Gate. At the Hill Calvary, he sees the crucified Jesus, and his heavy burden is released and rolls down the hill and enters a grave—a vivid description of Christian conversion. He continues his journey with his Christian companion Faithful.

This journey proves to be an adventure. Christian and Faithful pass through the town of Vanity Fair, symbolic of the world’s vain values. Here Faithful suffers martyrdom. Christian escapes and continues his journey, now joined with another companion named Hopeful. Giant Despair captures both of them and imprisons them in Doubting Castle, but they manage to escape. They finally reach the Celestial City, where they enjoy the presence of God and the fellowship of other pilgrims.
A lively discussion followed the showing of the film. Those who attended were impressed by the clear Christian Gospel message expressed through John Bunyan’s allegorical tale.